We invite you to discover the first edition on the platform of a photographer artist.
Thomas von Wittich followed the French street artist Kraken on one of his nocturnal journeys.
He told us about their encounter and the context of this photograph: 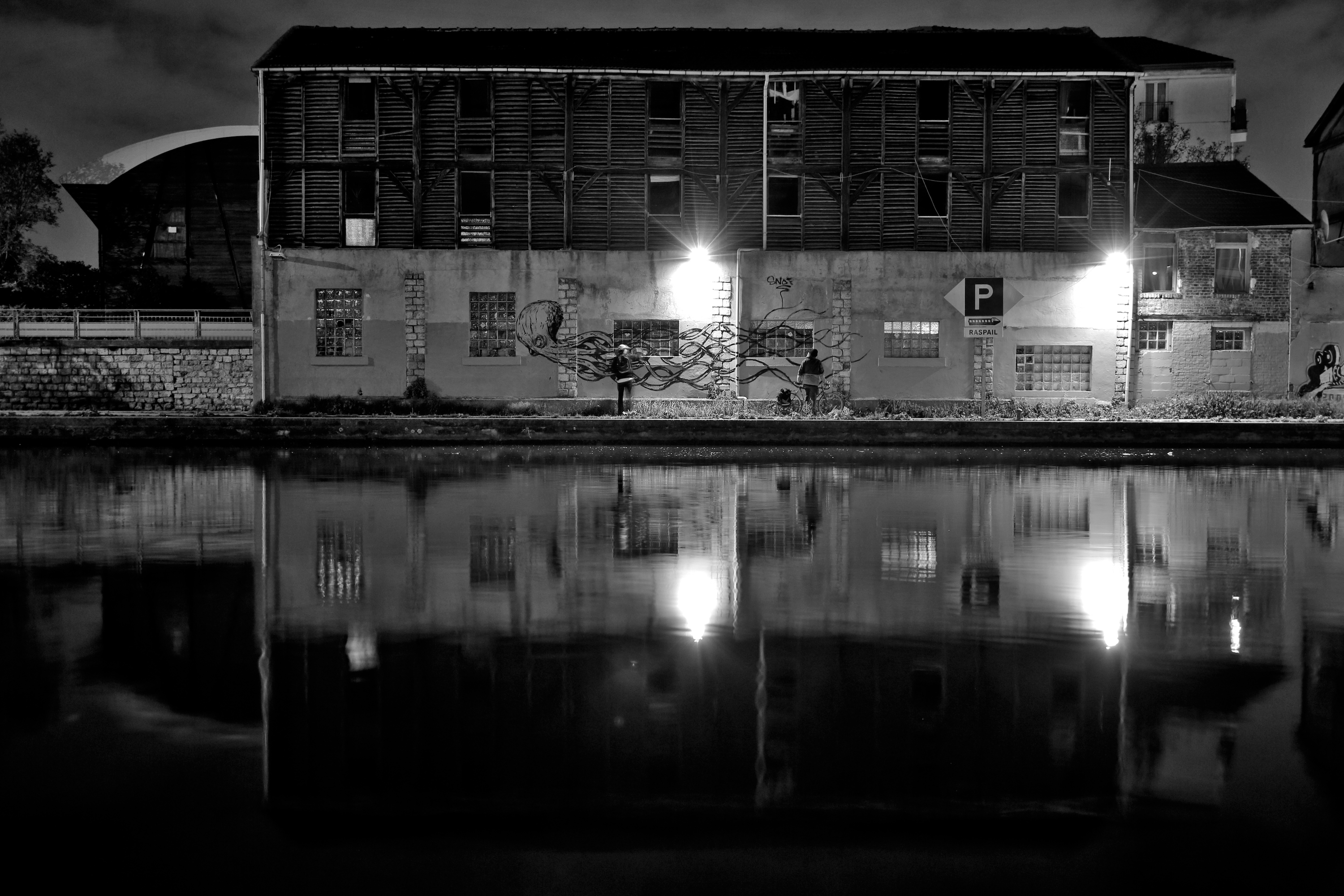 Kraken was one of the first artists that caught my attention in Paris.
I can remember one day, I was walking With Pixacao an Artist from São Paulo who was visiting Paris and we checked for some rooftops and climbing possibilities.
We noticed that every spots we inspected were already painted by Kraken.
I contacted him, we met and realized that we share many interests including Good Whiskys. So we planned to meet another day to open a bottle together. We were walking outside and he showed me that spot next to the canal he wanted to paint. It was still early evening so we décided to get some paint and go back. So it was half spontaneously - we decided before I will bring my camera just in case of but it wasn't really planned. This was spring 2019. The guy with the bicycle was a random passerby who staid for like 15 min.
My Job was easy - I was sitting at the other side of the canal with the bottle of Whisky.