From 17 to 22 August 2015, the El Mourouj 2 park in the southern suburbs of Tunis was occupied by French and Tunisian artists around the association Kif Kif International and the Mourouj Airlines project.

On this occasion, a former Boeing 727 of the Tunisair company was transformed into a massive work of art. The artist Marko93 was entrusted with the front part of the aircraft and transformed it into a majestic falcon. 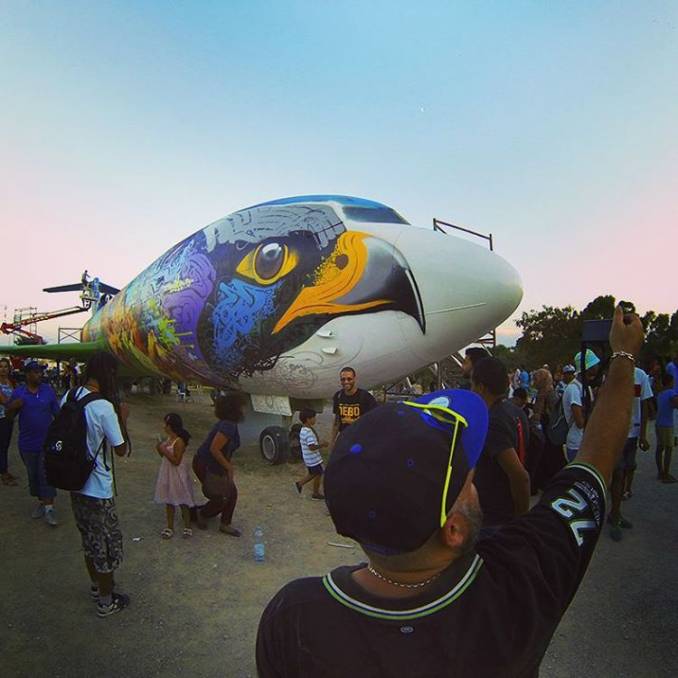 It is an invitation to travel, the combination of technology and animals that we introduce you with this new limited edition: Falcon on Boeing 727.