In Bristol, a new wall painting attributed to Banksy on Valentine's Day

A beguiling piece of street art depicting a girl firing a bunch of flowers into the air using a catapult has appeared on the side of a house in Bristol, the home city of Banksy.

The artist has not confirmed the work as his but it caused crowds to gather and prompted the owner of the building to worry about how to protect what may turn out to be a valuable work. 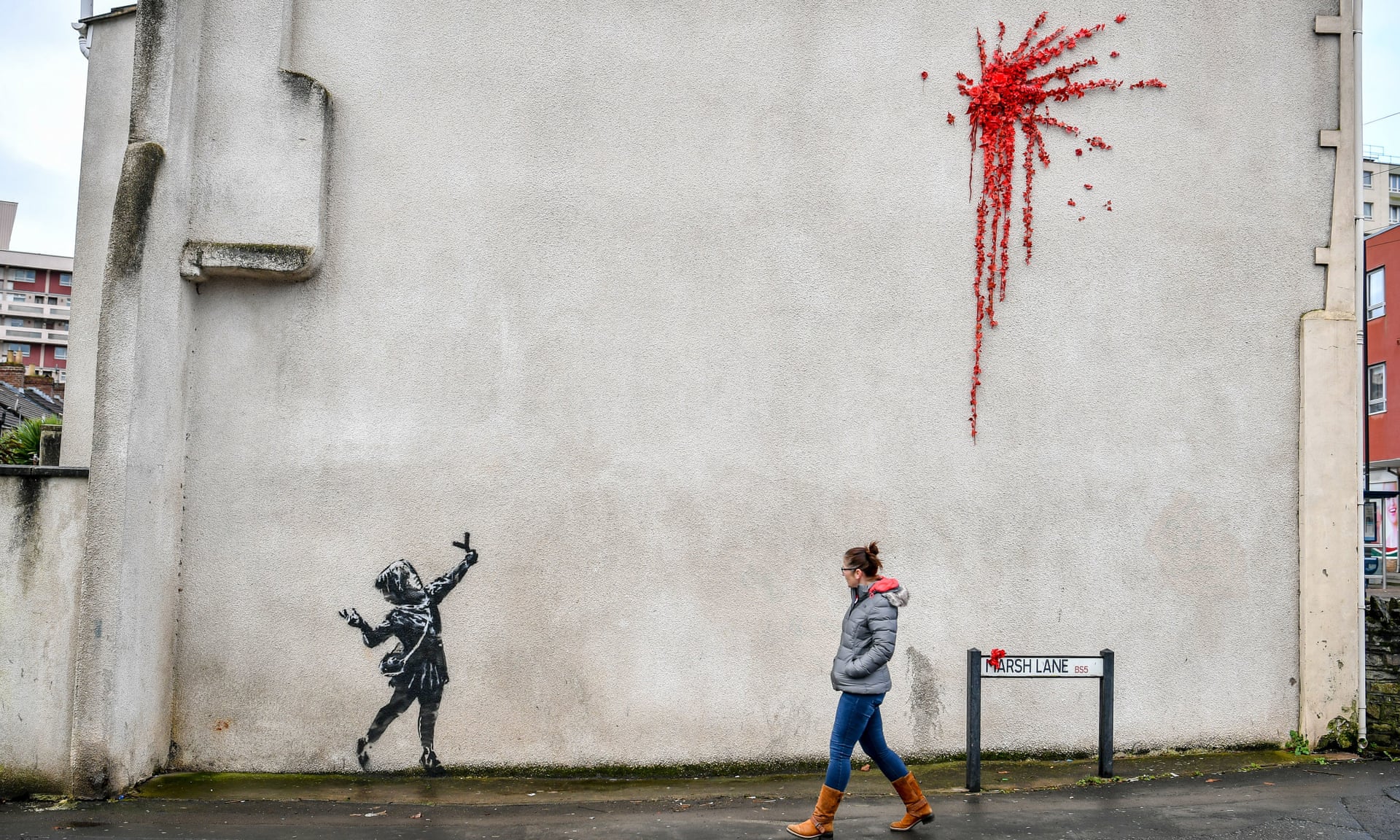 Residents in the Barton Hill area of the city awoke on Thursday to find the piece, which was taken by many to be a nod to Valentine’s Day.

Bristol Somali Community Association tweeted: “Today in Barton Hill, we woke up with this remarkable mural art painted on one of the houses of the area.

“We hope it’s Banksy’s work. Come and have a look yourself. Whoever painted, it’s worth admiring their creativity. Thank you.”