Earlier this week, Banksy, the mysterious, U.K.-based street artist wowed fans all across the world after sharing footage of the making of his most recent art piece — a graffiti-covered train car in England’s London Underground transit system. 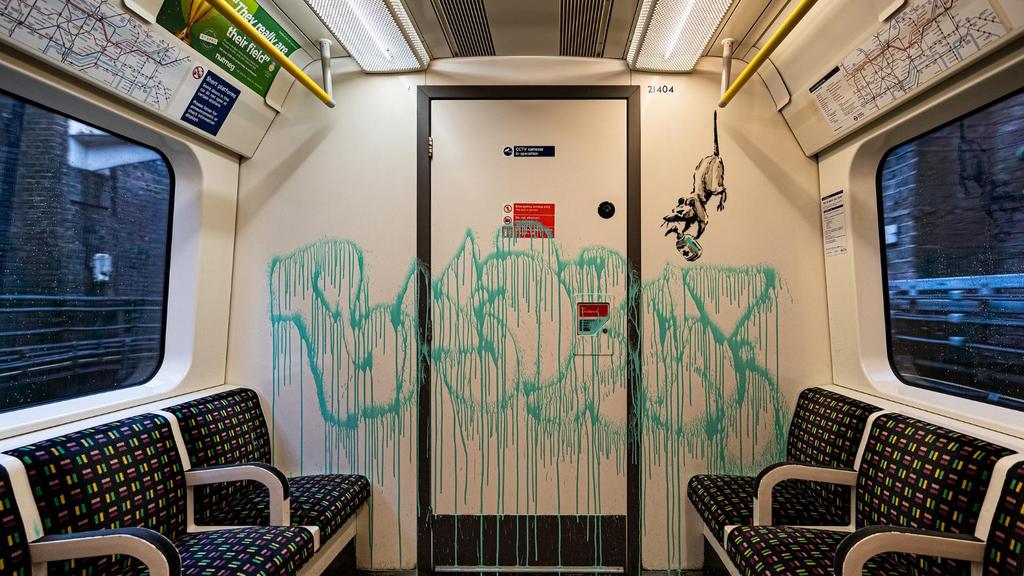 Though the 59-second Instagram video published on the morning of July 14 brought attention to Banksy’s latest coronavirus-inspired work, it was removed before fans of the mysterious artist even knew it existed.

The paintings were removed from the painted Circle Line carriage “some days ago,” before being shared to the internet, as they violated the London Underground’s “strict anti-graffiti policy,” a representative of Transport for London (TfL) told CNN on Tuesday, hours after Banksy’s art initially surfaced on social media.

In an attempt to encourage passengers to wear face masks during the ongoing COVID-19 pandemic, the pertinent art piece sees a number of Banksy’s signature rats running amok inside of the underground train.