Marko93 is a French artist born in 1971 in Le Mans, France.
In 1988, in Saint-Denis, Marko and his gang were immersed in hip-hop culture from across the Atlantic. They try rap, dance, DJing, and for Marko, it is graffiti that wins, fascinated by "the colourful graffiti that tattoos the walls of big cities".
First very inspired by New York graffiti and torchlight tags, Marko slipped into calligraphy when he discovered Hassan Massoudy's works.
We are at the beginning of the 90s, and Marko cuts his caps with a cutter to play with solids and deliques, to imagine abstract lettering at the crossroads of Arabic calligraphy and graffiti, becoming, without knowing it, one of the pioneers of European calligraffiti.

For Marko, the workshop is a laboratory in which he experiments with new forms of creation.
He juggles with abstraction and figurative art, moving from one to the other, sometimes intertwining the two.
The calligraffiti that punctuates his abstract frescoes thus textures his cats with bright colours, reinforcing their energetic lines and their symbolic dimension.
From abstract calligraphy to light painting, from walls to canvases, from body painting to live performances, Marko's only constants are freedom of execution, spontaneity of gesture and an overflowing energy, which reaches its paroxysm in music: "Outdoors as in the studio, the music is part of my creations. My painting is about rhythm, notes, movements. 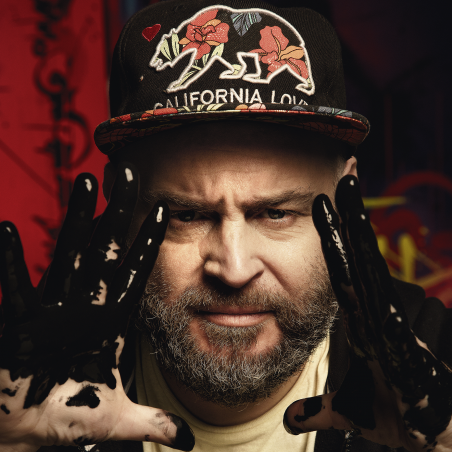 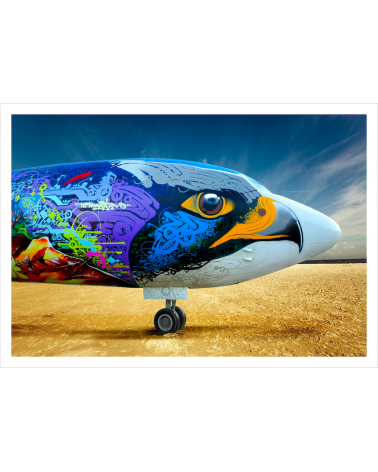