Charles Leval, known as Levalet, was born in 1988 in Epinal. He grew up in Guadeloupe, a region where he came into contact with urban culture, then with the visual arts. He continued his studies of visual arts in Strasbourg; his work, then more focused on video, was nourished by assiduous theatrical practice. He obtained the agrégation in 2012, the year in which his work began to take place in the streets of Paris and elsewhere.

Levalet's work is above all a drawing and installation work. He stages his characters drawn in Chinese ink in public spaces, in a game of visual and semantic dialogue with the present environment. The characters interact with the architecture and unfold in situations that often border on the absurd. 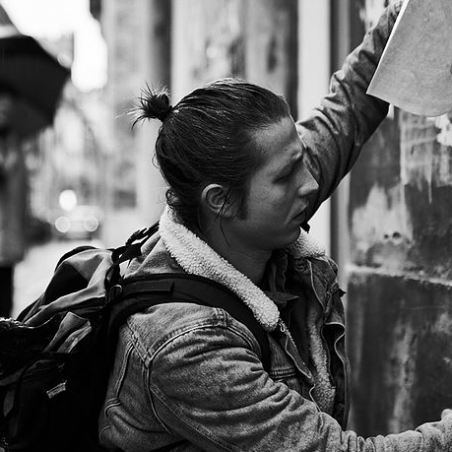 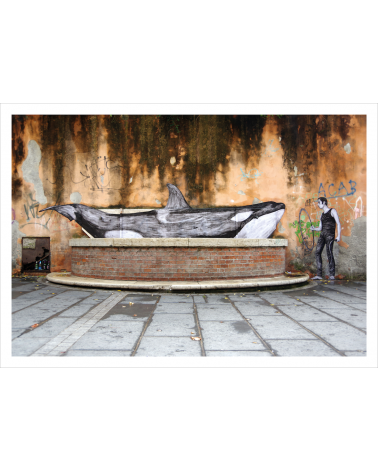