Vermibus, born in 1987 in Palma de Mallorca, Spain, began graffiti as a teenager. In 2003, he moved to Madrid where he explored different techniques and met members of the TGLQV collective (¿Te Gusta Lo Que Ves? - Do You Like What You See?) known for their anti-pub stencils.

At the end of 2010, during a trip to Berlin, he was seduced by the art scene and decided to settle there to start a new life. He works directly on posters with solvents, after rubbing, scraping and colour manipulation, he creates new images far removed from the original advertisements. His first large-scale project was Unmasking Kate (2012), where he used Kate Moss, a global fashion icon, as a target to challenge the fashion industry. In 2013, with Dissolving Europe, he expanded his field of activity to include advertising posters in Amsterdam, Brussels, Paris, Milan and Vienna. 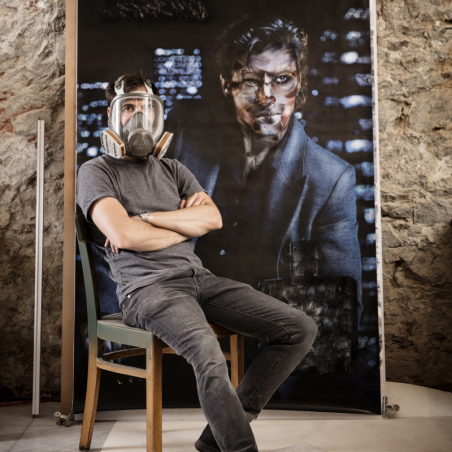 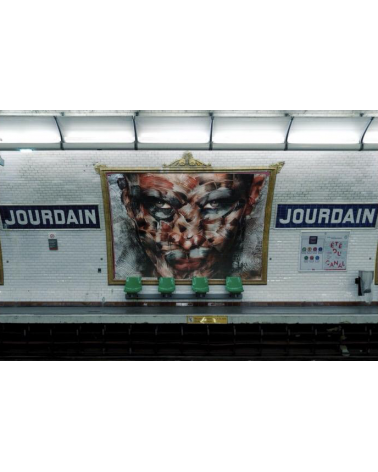