Saype is born in Belfort, France in 1989. He lives and works in Switzerland.

Self-taught, he is now known for his three-dimensional studio paintings (canvas and plexiglass) but also for his grass paintings, made with 100% biodegradable paint.

Certainly one of the most widely publicized artists in 2019, he was named by the famous magazine Forbes as one of the thirty most influential figures in the world in the field of art and culture under the age of thirty.

Passionate about philosophy and questions that could be called "existential", his painting most often explores issues around the human being. His work is a way for him to share his vision of the world and invites us to question ourselves about our deep nature, our spirit, our place on earth and in society.

A pioneer in the field of grass painting, he has been creating gigantic ephemeral frescoes in landscapes since 2013, using 100% biodegradable paint that he himself prepares.

2019 marks for him the year of the launch of his global project: Beyond Walls.
The artist wishes to create the largest human chain in the world by bringing together more than thirty cities in 5 years through his ephemeral works.

The "Beyond Walls" project shows hands that are intertwined, that stretch, squeeze and unite in a common effort across all these walls that separate humans and lock them in a mental or geographical space. 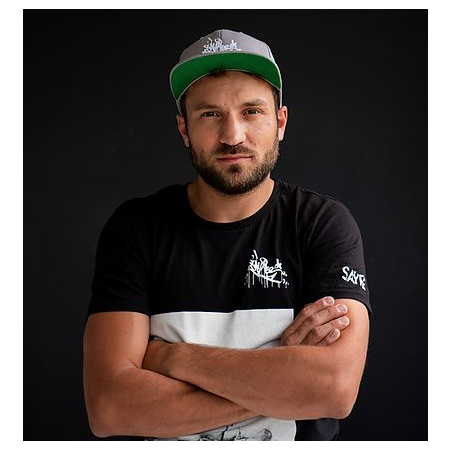 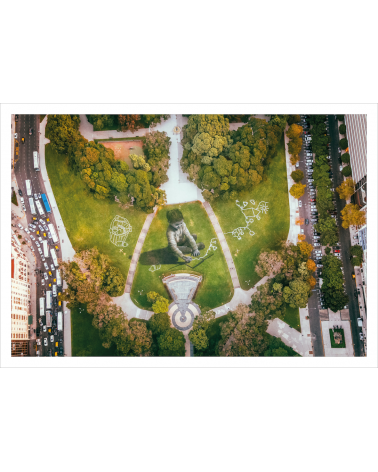 Saype - In the world hands