Agrume is an artist from Lyon born in France in 1993.
He began his practice with illustration and very quickly discovered multiple horizons.
Art in an urban setting is then a way to develop your work on paper, and thus, to confront it and connect it to an audience. Cities and their atmospheres, colours and architecture are so many starting points giving rise to a number of ephemeral stories.
Urban practice places his work more in reality and links him to society.
Self-taught, Agrume paints, draws, engraves, sticks and writes. An artistic practice that he conceives in its multidisciplinarity.

From a medium and its experience, traces of time and memory, words, are revealed images from which a universe, an atmosphere emerges. A character blends into the atmosphere, into his environment, he does not put himself forward, he exists with what surrounds him. The poetry of an image unfolds and carries an emotion in a flag. It is then that dreamlike representations, scenes of tales or sweetness, romantic shades and melancholic atmospheres predominate. 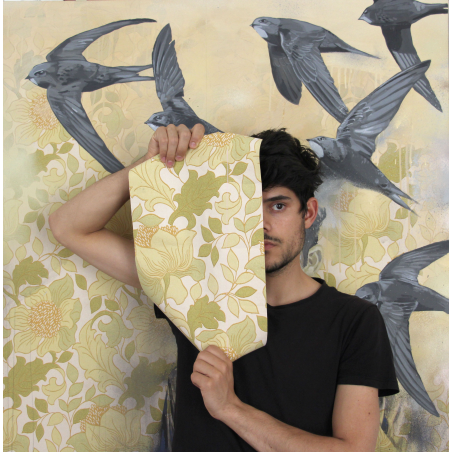 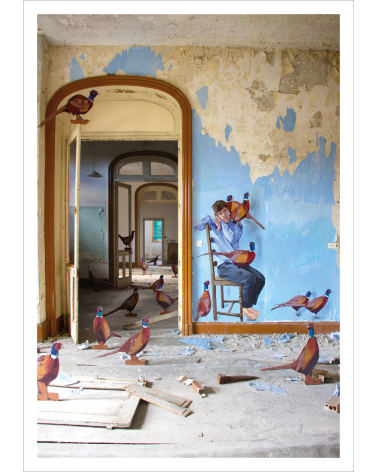